Matriculated in 1989 in Annapolis. 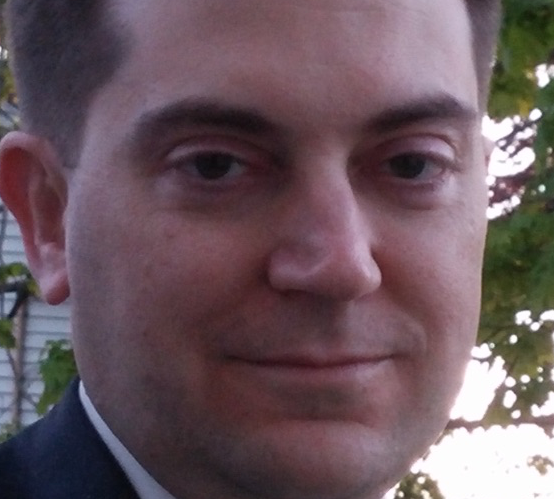 Christopher Denny is an associate professor in the Department of Theology and Religious Studies at St. John's University in New York, where he teaches undergraduate and graduate courses in historical theology from the patristic to the modern era. Denny is the author of A Generous Symphony: Hans Urs von Balthasar's Literary Revelations (Fortress, 2016); the coeditor, with Patrick Hayes and Nicholas Rademacher, of A Realist's Church: Essays in Honor of Joseph A. Komonchak (Orbis, 2015); and the coeditor, with Jeremy Bonner and Mary Beth Fraser Connolly, of Empowering the People of God: Catholic Action before and after Vatican II (Fordham UP, 2014). Other recent publications include articles in the journals Horizons, Communio, the Journal of Ecumenical Studies, the Journal of Hindu-Christian Studies, and Christianity and Literature. Denny is the recipient of best-article awards from the Catholic Press Association, the College Theology Society, and the Conference on Christianity and Literature.

Description: A Generous Symphony offers a balanced appraisal of Balthasar's literary achievement and explicates Balthasar's literary criticism as a distinctive theology of revelation, which offers possibilities for understanding how divine presence may be manifested outside the canonical boundaries of Christian tradition. The structure of A Generous Symphony is a chronological presentation of the Balthasarian canon of imaginative literature, which allows readers to see how social and historical interests guide Balthasar's readings in the pre-Christian, medieval, and modern eras. While other books have examined the systematic theology of Balthasar, this book will examine the important question of how students of literature, like Balthasar, can be transformed into theologians by attending to the implicit presence of Christ in what Gerard Manley Hopkins' poem "As kingfishers catch fire . . ." called the ten thousand places. Balthasar's deep investment in the uniqueness of Christian revelation is underlined, while, at the same time, his aesthetic sympathies cause him to invest literature with quasi-sacramental status.

Empowering the People of God: Catholic Action before and after Vatican II (Book)

Description: The early 1960s were a heady time for Catholic laypeople. Pope Pius XII’s assurance “You do not belong to the Church. You are the Church” emboldened the laity to challenge Church authority in ways previously considered unthinkable. Empowering the People of God offers a fresh look at the Catholic laity and its relationship with the hierarchy in the period immediately preceding the Second Vatican Council and in the turbulent era that followed. This collection of essays explores a diverse assortment of manifestations of Catholic action, ranging from genteel reform to radical activism, and an equally wide variety of locales, apostolates, and movements.

A Realist's Church: Essays in Honor of Joseph A. Komonchak (Book)

Description: This festschrift honoring Joseph Komonchak includes numerous academic essays in which his colleagues and former students work to extend his scholarly work in a variety of directions. The book honors the achievements of Komonchak, but more importantly, it gathers well-known researchers to advance current scholarship on the transformations of the Roman Catholic Church in the twentieth century.

Finding Salvation in Christ: Essays on Christology and Soteriology in Honor of William P. Loewe (Book)

Description: Finding Salvation in Christ brings together some of the most important figures in contemporary theology to honor the work of William Loewe, systematic theologian and specialist in the theology of Bernard Lonergan, SJ. For over three decades Loewe's writings have sought to make classic christological and soteriological doctrines comprehensible to a Catholic Church that is working to integrate individual subjectivity, communal living, and historical consciousness in the wake of the Second Vatican Council. Essays included in this volume assess Loewe's reinterpretation of patristic and medieval Christology from Irenaeus to Anselm of Canterbury, and explain the significance of the theology of Lonergan and Loewe for the fields of soteriology, economics, family life, and interreligious theology. While some recent postliberal theologies have polarized the church's relationship with contemporary culture by minimizing similarities between Christianity and other worldviews, the contributors in this volume continue Lonergan's project of integrating the findings of various intellectual disciplines with Christian theology, and use Loewe's historical and systematic work as a guide in that endeavor. While Lonergan's "transcendental Thomism" has been criticized by both traditionalists and revisionists, essays in this collection apply Loewe's theological methodology in a variety of ways to demonstrate that time-honored doctrines about Christ can be transplanted into new cultural contexts and gain intelligibility and credibility in this process. Having lived and labored through the far-reaching changes in Catholic thought introduced in recent decades, Loewe's career provides a model for theologians attempting to build bridges between the past and the present, and between the church and the world.