Matriculated in 1985 in Annapolis. 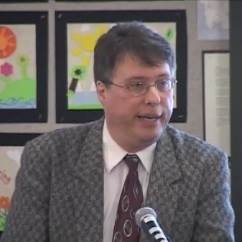 David Vermette is the author of the book A Distinct Alien Race: The Untold Story of Franco-Americans (Montreal: Baraka Books, 2018). He is a writer, researcher, editor, and a speaker on Franco-American history and identity. He is originally from Massachusetts.

A Distinct Alien Race: The Untold Story of Franco-Americans (Book)

Description: The French number more than a million in the United States. . . . The number of their children in unimaginable for Americans. . . . They are kept a distinct alien race, subject to the Pope in matters of religion and politics. Soon . . . they will govern you, Americans. —British-American Citizen, December 28, 1889— Twenty-first-century Americans aren’t accustomed to thinking of Canada as a threat. It is the nation in all the world that is the most similar to the United States, the most inoffensive and pacific of neighbors. When a million French-speakers from Canada entered the U.S. from 1840-1930 they were regarded as a danger to U.S. institutions. The immigrant workers were cast as the vanguard of a Roman Catholic horde poised to overwhelm New England and annex it to a revived New France. David Vermette’s study, A Distinct Alien Race Industrialization, Immigration, Religious Strife, The Untold Tale of Franco-Americans, places this forgotten episode in immigration history at the center of the narrative of U.S. history. Readers will rediscover familiar topics in American history including the cotton economy, Nativism, and the state of Labor before modern reforms. Vermette’s study sheds new light on these familiar themes, viewing them from the perspective of a little-known ethnic group. This sweeping tale moves from the slave-traders, opium smugglers and privateers of early U.S. history to issues the nation still faces today: industrialization and its discontents; cross-border immigration; the nature of U.S. citizenship; and the fear of ‘the Other.’

Description: In the late 19th century, French-Canadians came to work in New England cotton mills, but the New York Times, among others, saw something more sinister.

Description: My blog began as R&D for my book A Distinct Alien Race. Historical research on the descendants of the 17th and 18th c. Canadiens/Canadiennes and Acadiens/Acadiennes throughout North America.