Matriculated in 1983 in Annapolis. 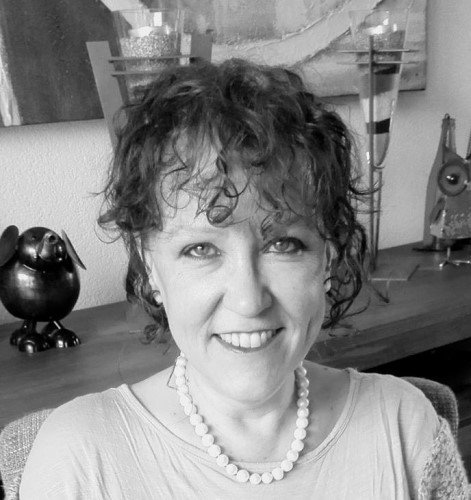 In 1973, I was 8 years old and a fanatic reader. That summer, I found a battered set of 'The Lord of the Rings' in the used bookstore close to our beach rental. As I recall, it cost me $0.30 for the paperback trilogy, which was in almost perfect condition. I trotted back to the house with my new treasure and took 'The Fellowship of the Ring' out onto the porch. That was the beginning. I couldn't believe how wonderful the story was – and how staggering! Not one but several languages, each with their own grammar, ? Elves and dwarves and trees that walked and laughed and sang? Opened the first book that afternoon and it was all over. I read the entire series over the next two weeks. It was like falling into a different world. It was magic. I hadn't realized that other people created new worlds in their heads, that I was not alone in creating fantastic landscapes and extraordinary characters.

Tolkien's epic remains one of my favorites, but I've added other fantasy stories to the list over the decades. Robert Jordan's 'Wheel of Time'. Jack Vance's 'Demon Princes' and 'Cadwal Chronicles'. Philip Pullman's 'His Dark Materials'. Ursula Le Guin's 'Earthsea'. Kate Elliott's 'Crown of Stars'. The list is long.

I always wanted to have a good story to tell. A story that opened from a small narrative into a tapestry of perspectives, with characters that develop against a backdrop of recorded history that extends for millennia. Time for fortresses to be built by men and meticulously picked apart by time, time for some lessons to be learned and others forgotten. I started a hundred stories and abandoned them when they didn't 'work'. I focused on writing other things instead and set my dream of 'really writing' aside for the future.

In the spring of 2017, I decided to write a story about a young man who 'accidentally' steals the Holy Grail. Within a few days, I abandoned the medieval setting I'd started with, because the story took off in an entirely unexpected direction, one which led directly into the world of Miranderol. I finished the first draft of 'The Accidental Thief' about two months later and plunged directly into the next volume, 'A Larceny of Balance', which quickly grew too long and had to be split into a third volume, as yet untitled. I had the story I'd always wanted.

With 'The Plageastic Chronicles', I'm exploring more than one story-line and more than one Quest. Mat'er'in 'accidentally' steals the Grail of Holiness, but there are a thousand smaller and less accidental thefts that drive the action. The theft of words – plagiarism – is key to the larger story of a world in flux and turmoil. The purposeful re-writing of both history and Prophecy by the powerful or wealthy have distorted truth and displaced blame. Words are used to drive believers into fanatic zealotry, spurring religious violence; words are used to influence mercantile empires, distorting economies and creating inequality, and words are used to create scapegoats and saviors.

Mat'er'in's Quest to Save the Grail sets other actors into motion, all with their own Quests, their own Prophecies. These separate goals and ambitions twist Mat's Quest into knots … and lead to a show-down between gods, mankind, and the living creatures of Miranderol. What world-view will succeed? Will the followers of the banished god Istagnatesh succeed in returning him to power? Will the long-despised exiles from the island of Salice be able to find justice and return to their home? Will the wealthy mercantile families succeed in their attempt to break the power of the Convention of Cities?

Ultimately, 'The Plageastic Chronicles' are an exploration of the power of words and how stories can be reinterpreted for good or for ill. Stories are the lens through which we view the world and they determine what Quests succeed or fail.

Description: What happens when an innocent young man winds up with the most powerful and storied magical object in the world, purely by chance? Young Mat'er'in leaves home to begin his medical studies at the ancient Sanctuary of the One. Within two days, he is the most wanted man on the continent of Miranderol, there is a price on his head and a murderous band of thieves is hot on his heels. Pursued by criminals, evil sorcerers and the Priesthood of the Sanctuary, Mat'er'in has no choice but to flee – but where can he and the Grail of Holiness find safety? With the help of a wily old Trader and her beautiful grand-daughter, Mat eludes the hunt and finds allies in the most unexpected places. Together, they wake a vision from the Grail that sends them on a Quest to Save the World. But there are others who have their own Quests. The chance-chosen companions of the Sanctuary are sent forth in response to a Prophecy given by the immortal Sybil. The conspiracy of the Cabal wants to cement its power by destroying the Convention of Cities and the pacific influence of the Sanctuary of the One. The priests of the banished god Istagnatesh work to fulfill the conditions that will return him to the world and the Lyceum of the Fiery Isles, led by the ancient sorcerer Cetoren, work with equal fervor to thwart them. And all of them seek the Grail. The Accidental Thief is the first volume in the Plageastic Chronicles, a story in which the fate of an entire world depends upon which Quest succeeds.