Matriculated in 1990 in Annapolis. 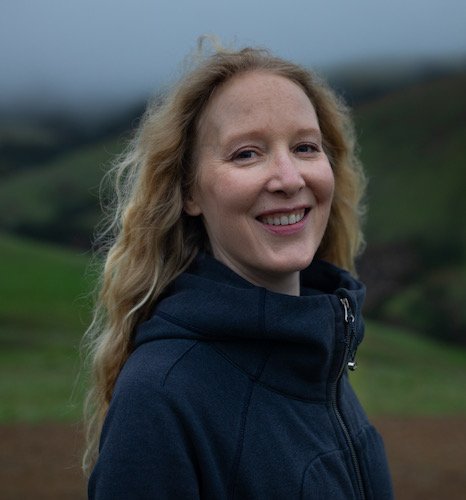 Sara Roahen wrote the book "Gumbo Tales: Finding My Place at the New Orleans Table" and co-edited "The Southern Foodways Alliance Community Cookbook." She lives on the Central Coast of California, where she writes, edits, teaches, cooks (arguably too much), and hikes. She is married to Mathieu de Schutter (SF94).

Description: A cocktail is more than a segue to dinner when it’s a Sazerac, an anise-laced drink of rye whiskey and bitters indigenous to New Orleans. For Wisconsin native Sara Roahen, a Sazerac is also a fine accompaniment to raw oysters, a looking glass into the cocktail culture of her own family―and one more way to gain a foothold in her beloved adopted city. Roahen’s stories of personal discovery introduce readers to New Orleans’ well-known signatures―gumbo, po-boys, red beans and rice―and its lesser-known gems: the pho of its Vietnamese immigrants, the braciolone of its Sicilians, and the ya-ka-mein of its street culture. By eating and cooking her way through a place as unique and unexpected as its infamous turducken, Roahen finds a home. And then Katrina. With humor, poignancy, and hope, she conjures up a city that reveled in its food traditions before the storm―and in many ways has been saved by them since.

Description: Everybody has one in their collection. You know―one of those old, spiral- or plastic-tooth-bound cookbooks sold to support a high school marching band, a church, or the local chapter of the Junior League. These recipe collections reflect, with unimpeachable authenticity, the dishes that define communities: chicken and dumplings, macaroni and cheese, chess pie. When the Southern Foodways Alliance began curating a cookbook, it was to these spiral-bound, sauce-splattered pages that they turned for their model. Including more than 170 tested recipes, this cookbook is a true reflection of southern foodways and the people, regardless of residence or birthplace, who claim this food as their own. Traditional and adapted, fancy and unapologetically plain, these recipes are powerful expressions of collective identity. There is something from―and something for―everyone. The recipes and the stories that accompany them came from academics, writers, catfish farmers, ham curers, attorneys, toqued chefs, and people who just like to cook―spiritual Southerners of myriad ethnicities, origins, and culinary skill levels.