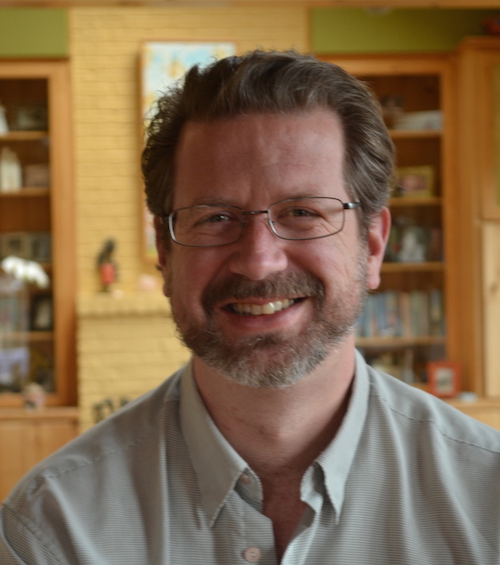 William (Bill) Kowalski (SF '94) is the internationally-known, best-selling author of fourteen books. His first four novels were published by HarperCollins, Inc. in the US and Canada, and by Doubleday/Transworld in the U.K. Subsequent books were published by Thomas Allen Publishers and Orca/Raven Publishers. He is the recipient of the 1999 Rosenstein Award (U.S.), the 2001 Ama-Boeke Award (South Africa), and four nominations for the Ontario Library Association's Golden Oak Award (Canada). His work has been translated into fifteen languages.

He is also the founder of My Writing Network, which provides free websites and networking for all writers, and BooksByJohnnies.com. He lives in Nova Scotia, where he is working on a new novel.

Description: "Eddie's Bastard" is William Amos Mann IV, known as Billy -- the son of a heroic pilot killed in Vietnam and an unknown woman. The last in a line of proud, individualistic Irish-American men, Billy is discovered in a basket at the door of the dilapidated mansion where his bitter, hard-drinking grandfather, Thomas Mann, has exiled himself. Astonished and moved by the arrival of his unexpected progeny, Thomas sets out to raise the boy himself -- on a diet of love, fried baloney, and the fascinating lore of their shared heritage. Listening to his sets out to capture the stories on paper. He is a Mann, Grandpa reminds him daily, and thus destined for greatness. Through the tales of his ancestors, his own experiences, and the unforgettable characters who enhance and enliven his adolescence, Billy learns of bravery and cowardice, of life and death, of the heart's capacity for love and for unremitting hatred, eventually grasping the meaning of family and history and their power to shape destiny. Steeped in imagery and threaded with lyricism, Eddie's Bastard is a novel of discovery, of a young man's emergence into the world, and the endless possibilities it offers.

Get Eddie's Bastard on Amazon

Description: "I'd wondered about my mother all my life -- what she looked like, how she smelled and sounded and acted. Lately this wondering had grown to encompass a curiosity about the kind of people she herself came from, because they were my family, too, after all, even though I knew nothing about them. I'd no idea whether they were loud or soft-spoken, funny or boring, preferred chocolate to vanilla, if they liked movies over books or the other way around. I wondered whether any of them had ever done anything magnificent in their lives, or if they were the kind of folks who were satisfied with just getting by. These things were important -- knowing them would help me to know myself, and the only way that would happen was if I went and looked for her." With all his possessions on his motorcycle, Billy Mann sets off on a cross-country odyssey from New York to Santa Fe in search of a mother who deserted him long ago. What Billy discovers, however, is a life rich with possibility -- the chance for love, friendship, and, finally, a family to call his own.

Get Somewhere South of Here on Amazon

The Adventures of Flash Jackson (Book)

Description: Haley Bombauer, aka Flash Jackson, confronts the summer of her seventeenth year with glorious anticipation. She envisions herself roaming the hillsides and forests on her beloved horse, venturing farther and farther away from her sleepy hometown and her overprotective mother. But when Haley falls through the rotted roof of the barn, she is destined to spend the summer in a thigh-high cast, stuck at home with her mother, enduring visits from her spooky grandmother, and pondering the error of her impulsive ways. The year that follows will, in fact, transform not only her life but also the lives of those around her. Set in Mannville, New York, William Kowalski's signature town, here is the story of one young woman's emergence into a world that, in her words, "was not designed with girls in mind" and her efforts to find a way to fit in without giving up her independence.

Get The Adventures of Flash Jackson on Amazon

Description: When Francie and Colt Hart drive past an abandoned 150-year-old farmhouse in rural Pennsylvania, they both fall head-over-heels in love with it -- but for entirely different reasons. Colt, an ambitious, hard-charging stock trader, sees it as a potential showcase for his wealth. Francie, long dependent on antidepressants, hopes it will inspire her to resume the literary life she abandoned when she married Colt ten years before; perhaps, she thinks, it will save their faltering marriage. But the more they learn about the house, and especially the tragic history of its previous occupants (whose descendants are their new neighbors), the more it threatens to drive them apart.

Get The Good Neighbor on Amazon

Description: From the best-selling author of EDDIE'S BASTARD comes this stunning portrayal of the true cost of war for soldiers and generations of their families. Five years after being gravely wounded in Afghanistan, 25-year-old Jeremy Merkin is still trying to put the pieces of his life back together. The only man he can look to for inspiration--his grandfather, Al, a Vietnam veteran--is so shattered by his own experiences that they cannot even communicate with each other. As Jeremy seeks physical clues to what happened to him in the days preceding the IED explosion that changed his life forever, he learns things that will change him even more--about his dead best friend, Ari "Smartass" Garfunkel; about his grandfather, who was present at the My Lai massacre in 1968; and about himself. THE HUNDRED HEARTS is the winner of the 2014 Thomas H. Raddall Atlantic Fiction Award. It has been translated into German.

Description: A masterful blend of historical and modern fiction by a best-selling, award-winning author, THE BEST POLISH RESTAURANT IN BUFFALO chronicles a century of life in America for one humble Polish farm girl and three generations of her descendants in Buffalo, New York.

Description: This is an audio recording of a lecture delivered at St. John's College in Santa Fe, N.M. on September 13, 2019 as part of the Dean's Lecture Series.